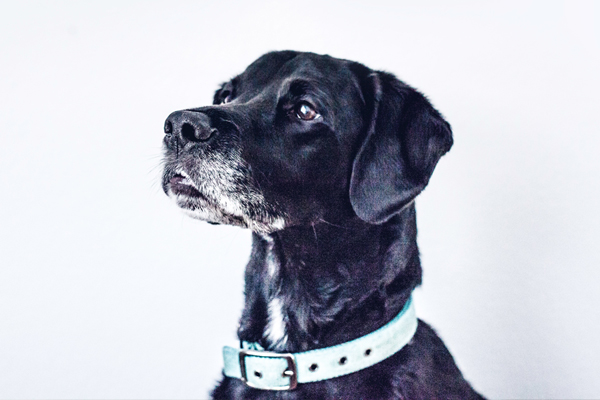 They are ever-present by our side through good times and bad.  Always at the ready, loyal, compassionate, undeterred and dutifully mindful of their job to comfort and protect their human family.  They are our unsung canine heroes who unselfishly risk and sometimes give their lives to keep us safe and protect us from harm.

There are countless stories of dogs saving the lives of people and other animals.  What propels our canine companions to, literally, stick their necks out for us?  Why do they consistently value the safety of others over their own welfare?  Is it possible they experience the same feelings of empathy that we do?  Could the human-canine relationship have grown so strong over tens of thousands of years that we now share some of the same emotions?

Some studies suggest that dogs, in fact, do have the ability to feel empathy toward us.  Per CNN, Dr. Brian Hare, founder of the Duke University Canine Cognition Center, says canines have learned to bond with us and – to a certain extent – “read our minds” as no other animals can.  “What is extraordinary is that dogs are so close to us and so much a part of our lives, that they sometimes happen to be in the right time and place, and whether intentional or not, manage to save lives.”

According to Dr. Hare, Dogs bond with us – in some ways like children bond with their parents.   And this bond has been proven through a physiological phenomenon known as the “oxytocin loop.”  It works like this:  When babies look into their parents’ eyes, a hormone is released in both the baby and the parent.  The hormone, called oxytocin, can make us feel good, says Hare.  “It creates this oxytocin loop that encourages us to protect and care for our babies.”  Hare says something similar happens between humans and dogs.  When your dog stares into your eyes, your oxytocin level rises.  When you stare into your dog’s eyes, their oxytocin rises.  “Dogs have basically hijacked this pathway that was meant to be between us and our kids,” Hare says.  “So when your dog is just staring at you for no apparent reason, they don’t necessarily want something.  They are just hugging you with their eyes.”

The following canine hero excerpts showing dogs putting it all on the line to help us are just the tip of the iceberg, but represent a good cross-section of the myriad of ways canines have helped people over the years.

A pre-teen boy in California was fortunate his Golden Retriever was nearby.  A large cougar suddenly charged out of the woods into the yard where he was playing, but before he could react, his dog rushed in front of him and fought off the larger cougar so the boy could retreat to safety.  The dog was injured but made a full recovery.

A beagle therapy dog called 911 when his owner collapsed from a diabetic seizure.   The dog’s owner was rushed to the hospital but made a full recovery. 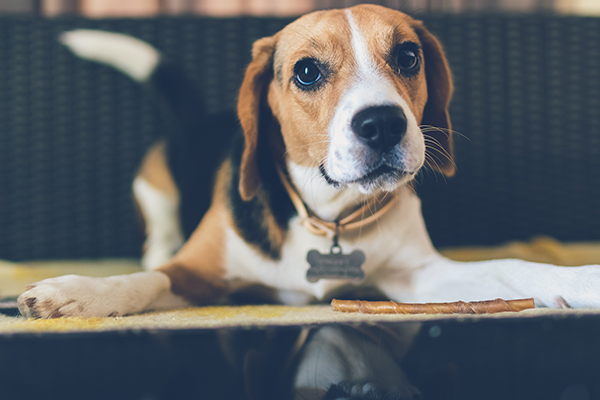 Family Rescued by Their Dog from CO Poisoning

The family dog kept trying to wake the owner up.  Each time the owner tried to go back to sleep, the dog would again tug at her sleeve to try and wake her.  Eventually, the owner figured that something must be wrong and she awoke the entire family.  Each member was feeling sick with nausea and headaches.  After going to the ER, they discovered that their family dog had saved their lives from carbon monoxide poisoning.

Choking Woman Saved by Her Dog

Sometimes food just goes down the wrong way.  Such was the case when a lady started choking on an apple.  But before she could even think about how to help herself, her Golden Retriever leaped onto her chest and dislodged the apple for her.

Just a few days after being adopted from an animal shelter, a Doberman Pinscher saved a young 2-year-old girl from being bitten by a King Brown snake, one of the world’s most venomous reptiles.  The dog saw the snake approaching the child, and just as the snake was about to bite, the dog pushed the girl away and got bit instead.  Luckily the dog was given anti-venom and fully recovered within a few weeks.

A collie started pawing at his owner’s chest, even though the two weren’t really that close.  It seemed odd to her that the dog would react all of a sudden like that.  Hearing before that animals can detect abnormalities, she decided to have her doctor check things out.  An aggressive tumor was found and she credits her dog for warning her and possibly saving her life. 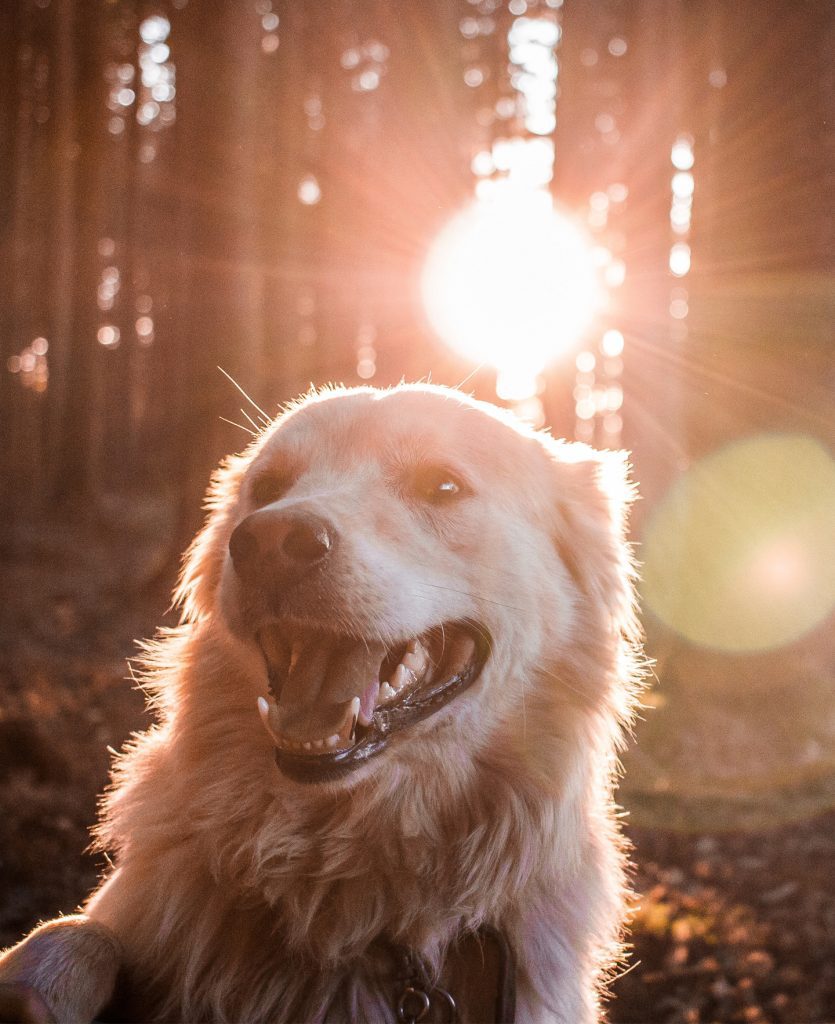 A Suicide Bomber Thwarted by a Dog

Something just didn’t seem right to a dog at a wedding in Nigeria.  When the dog confronted a lady, she set off a vest bomb prematurely.  Countless lives were saved because of the heroic effort of the dog.  Unfortunately, the dog paid the ultimate price.  But the guests were very grateful the dog was there that day.

A young girl enjoying a day at the beach became tired and began struggling in the water.  She started screaming for help just as a dog owner and her blind Labrador retriever were passing by.  Luckily the dog was off-leash and immediately plunged into the water and followed the sound of the girl’s screams.  Despite being blind it wasn’t long before the lab was guiding her back to shore.

Dog Saves Blind Woman From Being Hit by Bus

What started out as a nice stroll turned into quite a commotion.   As the woman and her Seeing Eye dog were about to cross one more street, a bus driver didn’t see them in the crosswalk.  The Golden Retriever, seeing danger approaching, stepped ahead and in front of the blind woman to get the driver’s attention while also blocking her from going any further.  The dog was hit and his leg badly injured, but the dog wouldn’t leave the woman’s side even as he was treated for his injuries.

Stuck in the Mud until Rescued by Dog

It’s not fun getting stuck in lake mud while in waist-deep, nearly freezing water.  But, this is the situation a man in Minnesota found himself in.  Some lake mud can become very sticky and extremely hard to remove oneself from.  The man was able to get to his phone and call 911, but when help arrived they soon discovered the water was too shallow for a boat.  The man’s dog had been pacing nervously on the shore, so the rescuers decided to tie a rope to the dog and let him swim out to the man.  They were then able to haul the man back to shore.

These examples of canine courage go a long way toward explaining why a version of the phrase “Man’s Best Friend” was first coined by Frederick the Great of Prussia in the mid 18th century.  As we near National Dog Day on August 26th, it’s hard not to be in awe of how dogs continue going above and beyond the call of duty to save their human partners from harm.  The stories above merely touch the surface of what occurs on a daily basis across our globe.  Many dogs are unsung heroes to families, friends and even people they have never met.  These accounts further testify to the fact that there is an unbreakable bond between humans and dogs that sometimes defies logic, but over tens of thousands of years has stood the test of time for the benefit of both species.  Dogs truly are man’s best friend. 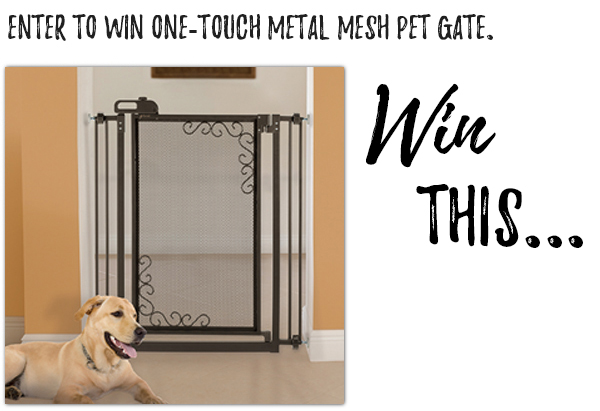 We are giving away One-Touch Metal Mesh Pet Gate to help you to get ready for this back to school season!
Please answer the survey and submit your answers.

The Giveaway will close Aug 15th at 11:59 pm CST. A winner will be announced following week. Must be 18 years or older to enter. Winner must live in the U.S.A. Richell USA will not share your information with any third parties. 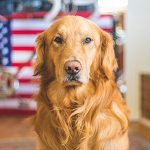 Our country has changed substantially since the Second Continental Congress of the United States declared its independence from Britain’s monarch on July 4, 1776. Our pet parent population in America has become a melting pot of cultures and ethnicities, ... >>> READ MORE 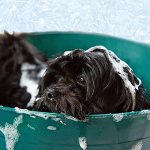 If you have been a pet parent for any length of time, you have undoubtedly encountered pets who love taking baths and those who despise it and will do anything to avoid getting wet. From dogs jumping into bathtubs as quick as you can shake a stick or cats nearly hitting the ceiling to avoid the water and pets straddling bathtubs while doing the limbo with all four paws, bath time can be a unique experience. >>> READ MORE 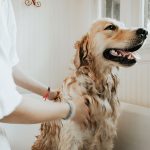 Common Dog Parenting Mistakes and How to Avoid Them

Just as with kids, how we parent our canine companions will determine how they listen, behave, interact with people, grow up and mature.  There are many ways to successfully parent our pooches, but a few pitfalls lie in wait. >>> READ MORE

Sign up today for our newsletters and get new product information and helpful tips!

Do you have a question or comment?
We'd love to hear from you!

Please complete this form and click "Submit". Our Customer Support team will gladly address your request and respond in a timely manner.